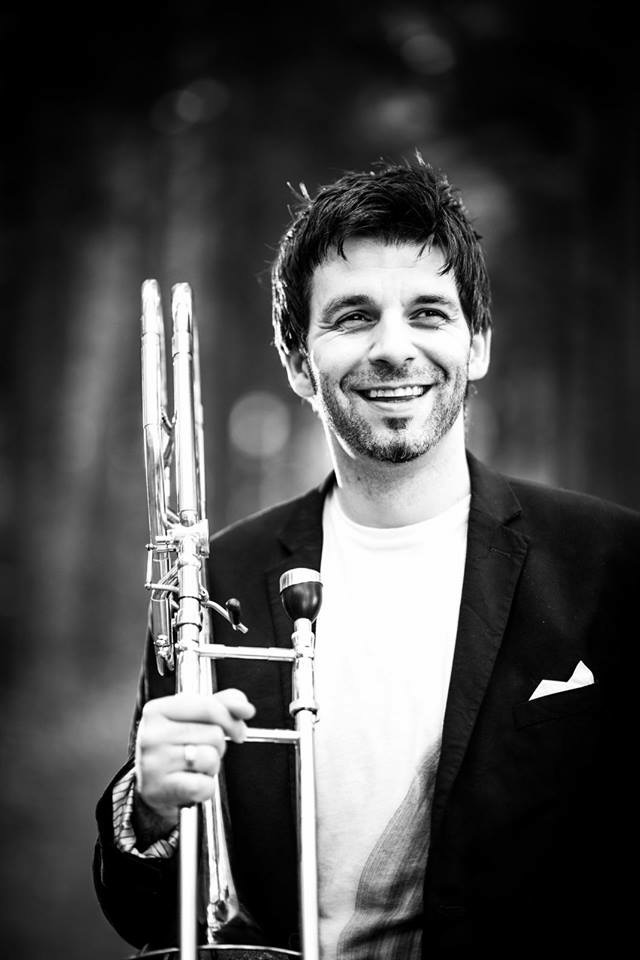 Zoltan Kiss
Born in Budapest (Hungary) in 1980, Zoltán was largely self-taught, developing his technique through being inspired by leading trumpet players.
He attended the Chopin University of Music in Warsaw, winning a handful of national competitions both as a soloist and with chamber ensembles.
Zoltán was invited to audition for the Austrian brass septet Mnozil Brass in 2005, for which he now tours the world performing in over 100 concerts per year.
He has released three albums to date including Slideshow (2010), Rebelión (2011), and Non-Stop (2014).
In 2014, Zoltán was appointed asInternational Trombone Tutor for the The Philip Jones Centre for Brass (Royal Northern College of Music) in Manchester, United Kingdom.
Zoltán plays exclusively on his signature trombones, Kissbone and KissboneX, designed in collaboration with Austrian maker, Schagerl.
His self-designed ‘Zoltán Kiss’ edition mouthpiece is produced by Lätzsch Custom Brass in Germany.
Whenever time permits, Zoltán engages himself as a guest soloist, educator, or adjudicator.