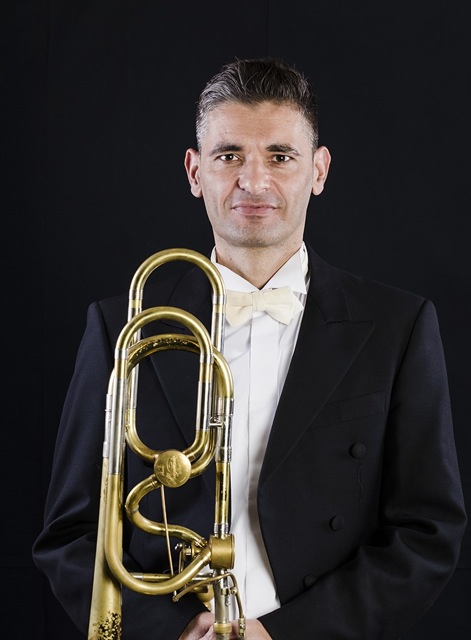 Born in Israel, Began his studies in his home town  Nahariya with Micha Davis, and later with Shmuel Sheshko (both members of the Israel. Philharmonic orchestra). In 1992 got accepted to the Juilliard school in New York, where he received his BM and MM under Donald Harwood and Warren Deck. In 1998 he has won the Bass Trombone position in the Tenerife Symphony, which he holds until this day. With the Tenerife Symphony he has preformed as a soloist in three different occasions, and this year he is releasing a first comercial recording ” Chamer Music of Eric Ewazen” with members of the Tenerife Symphony.

At the present he divides his artistic life between his job at the orchestra and the world of Jazz, where he performs with various groups.