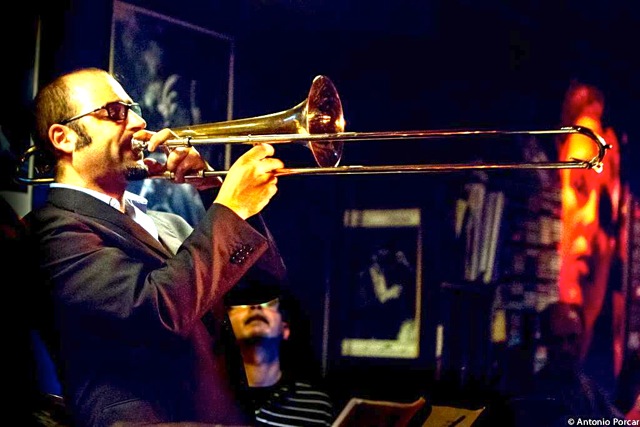 He got the Elementary Level Trombone Prize at the Conservatory José Iturbi of Valencia.
He won the 1st Prize for best soloist in the Salamanca National Competition in 2003 with Alberto Sánchez Group.
He has participated as an active musician and still shares stage with soloists and groups like Perico Sambeat Sextet, Sedajazz Big Band, Chamber Orchestra Lliure (Barcelona), Abe Rábade (Ghu! Project)
He has released the album “Alter-Ego” as the leader of Toni Belenguer’s Quintet with Sedajazz Records. He has participated as a sideman on several records: “To Feel Latino” with the Big Band of Sedaví, “Muñequita Linda” with Sedajazz Big Band,“The storyteller” with Albert Sanz and Fingers Eleven, “Ziribuye and Flamenco Big Band” with Perico Sambeat, and “XXL” with Llibert Fortuny Electric Big Band
He is currently a Jazz Teacher of the Higher Conservatory of Valencia and also in the “Esmuc” (The Escola Superior de Música de Catalunya)