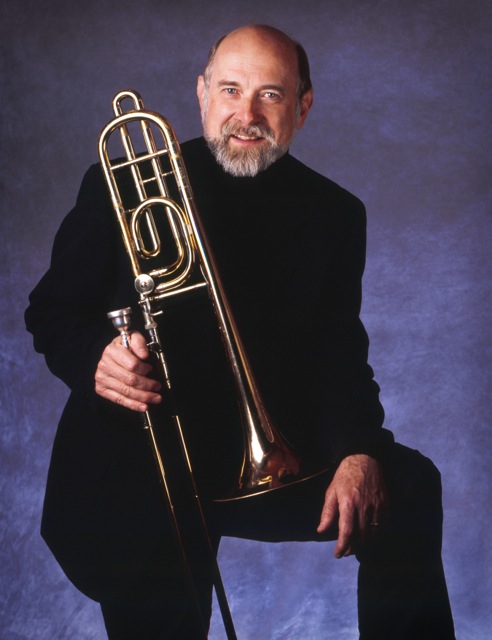 RONALD BARRON was Principal Trombonist of the Boston Symphony Orchestra from 1975 until 2008. He joined the orchestra in 1970 after being a member of the Montreal Symphony Orchestra, and also served as Principal Trombonist of the Boston Pops for thirteen seasons. Mr. Barron is a graduate of the College-Conservatory of Music of the University of Cincinnati, where he studied with Ernest Glover. During his college years, he also toured with the American Wind Symphony. In 1974, Ronald Barron shared the highest prize awarded at the Munich International Competition. This included a solo appearance, where he performed the Frank Martin Ballade for trombone and orchestra with the competition sponsor, the Bavarian State Radio Orchestra. Mr. Barron was a frequent soloist with the Boston Pops Orchestra and appeared with a number of New England area orchestras and bands. As a recitalist he has performed across the U.S., Europe and Japan. In addition to numerous recordings with the Boston Symphony and the Boston Pops, Mr. Barron has recorded and performed with the Canadian Brass, Empire Brass, and Summit Brass, and has nine successful solo recordings.