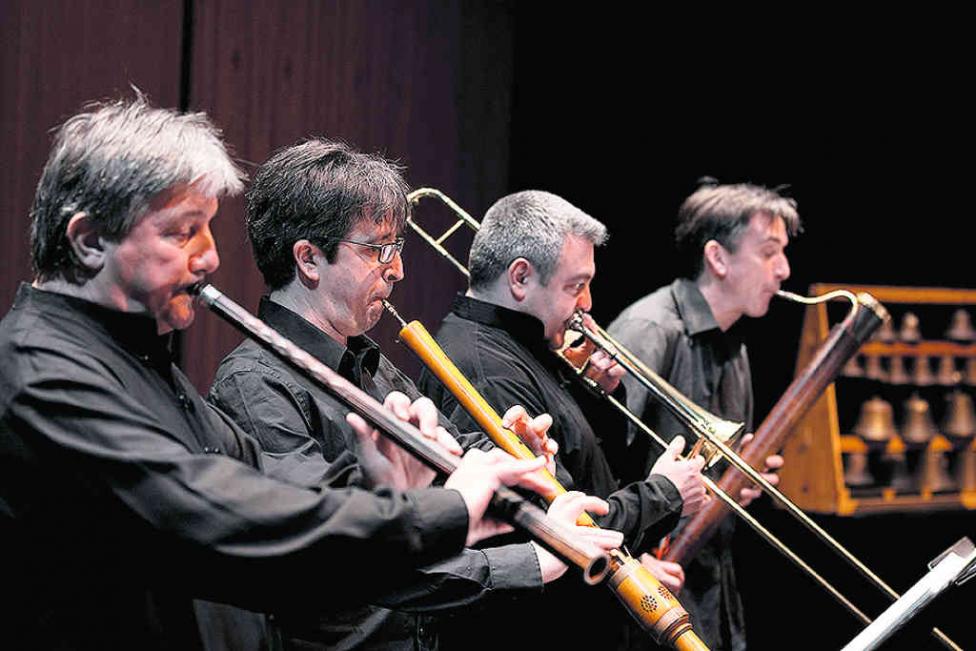 Les Sacqueboutiers, an ensemble based in Toulouse, playing on early brass instruments.
Les Sacqueboutiers have been in existence for more than thirty years, during which time they have built up a reputation as one of the finest early music ensembles on the international scene.

Regarded by specialists and the public alike as a reference in the interpretation of seventeenth-century instrumental music, particularly that of Italy and Germany, the ensemble has reaped the highest awards for its recordings.

When they decided to form Les Sacqueboutiers in 1974, Jean-Pierre Canihac and Jean-Pierre Mathieu were among the first to embark on the adventurous rediscovery of early instruments. The quality of their work soon attracted attention, and they took part in the groundbreaking recording of Monteverdi’s Vespro della Beata Vergine, conducted by Michel Corboz. Since then, they have performed music ranging from the Renaissance to Mozart, with many prestigious ensembles including Les Arts Florissants (William Christie), La Chapelle Royale (Philippe Herreweghe), A Sei Voci (Bernard Fabre-Garrus), Elyma (Gabriel Garrido), La Grande Ecurie et la Chambre du Roy (Jean-Claude Malgoire), the Clément Janequin Ensemble (Dominique Visse)…

With these ensembles or in their own programmes, Les Sacqueboutiers have appeared at all the great European festivals, in North and South America…

The group comprises a nucleus of cornetts and sackbuts, which are joined, as the needs arise, by other instruments (violins, viols, bassoons, shawms) and vocalist(s) (a soloist, a group of ten or so singers, or a vocal quartet).

Flexibility is necessary in the performance of such a varied repertoire. In collaboration with specialised musicologists, Les Sacqueboutiers often work on revivals. Indeed, one of the ensemble’s major objectives is to play an active part in the gradual rediscovery of the very fine works that make up our European musical heritage.