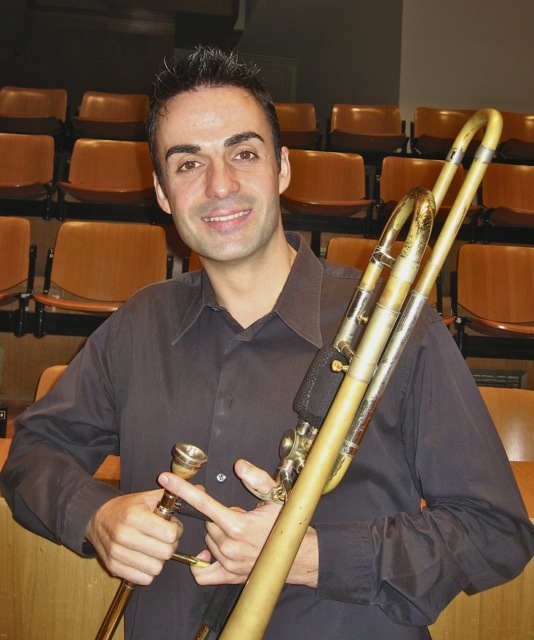 Juan Manuel REAL is principal trombone with the Orquesta de Valencia, and Professor at Musikene, in San Sebastián.

He was a member of the JONDE (1997-99), Gustav Mahler Jugendorchester (1997-2001) and the Verbier Festival Youth Orchestra (2000 / 2001), where he had the opportunity to work with Claudio Abbado, Pierre Boulez, Seiji Ozawa, Mariss Jansons, Franz Welzer-Möst, James Levine, Zubin Mehta, Daniele Gatti or Kent Nagano, and played in major festivals such as Tanglewood (USA), London Proms, Edimburgh, Salzburg, Vienna and Lucerne.

In 2003, and at the express request of Claudio Abbado, becomes part of the newly created Lucerne Festival Orchestra, where he had the privilege of working alongside musicians of great international prestige, both in chamber concerts as symphonic, which have been highly acclaimed recordings internationally.

In 2006 was selected by Lorin Maazel as principal trombone for the Orquestra de la Comunitat Valenciana – Palau de les Arts, where he had the privilege of being part of such projects as Wagner`s Tetralogy, Trojans by Berlioz, Turandot, Carmen, Bohème and so on, conducted by Lorin Maazel, Zubin Mehta and Valery Gergiev, among others.