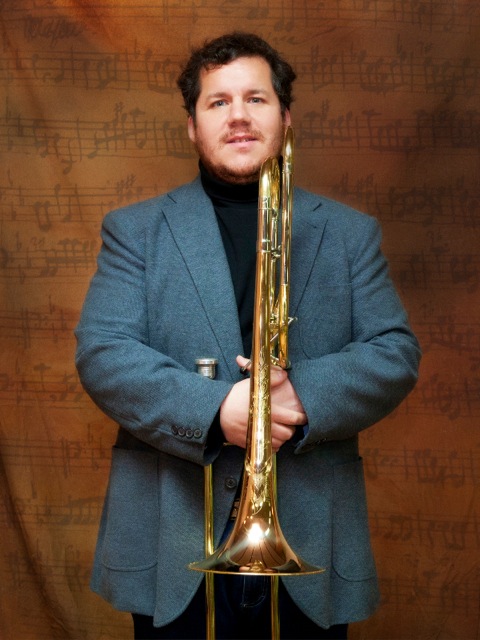 He started studying trombone in Córdoba under the tutelage of Antonio Ureña and Jesus Gascó.

He completed his higher studies in Trombone with top grades with Professor Daniel Alberola at the Conservatory “Manuel Castillo” in Seville, with Degree Honors.

Since 2006 he receives advice and perfects his trombonist technique with Sebastian Krause (Trombone Soloist of the MDR Leipzig) and works in depth on chamber music and performance with renowned Cuban pianist Jorge Luis Prats.

He collaborates regularly with groups such as the Cordoba Orchestra, Ciudad de Granada orchestra, Royal Philharmonic of Galicia, Bilbao Municipal Band, Orchestra of Malaga, Extremadura Orchestra and Symphonic Band of Madrid, being conducted by maestros as Aldo Ceccato, Ros Marbá, Garcia Asensio, Helmut Rilling, Hernandez Silva, Edmon Colomer, Dario Sotelo or Sanz Expert, and participates in chamber music projects with pianist Muñoz Cañivano, performing concerts at several venues in Andalucia, Extremadura, Castilla y Leon and Galicia, or important camera cycles organized by Manuel de Falla Chair at the University of Granada.
This artistic activity is combined with their teaching of several courses and masterclasses throughout the year as a teacher at the Conservatory of Salamanca and trombone tutti in the Municipal Symphonic Band of Madrid.