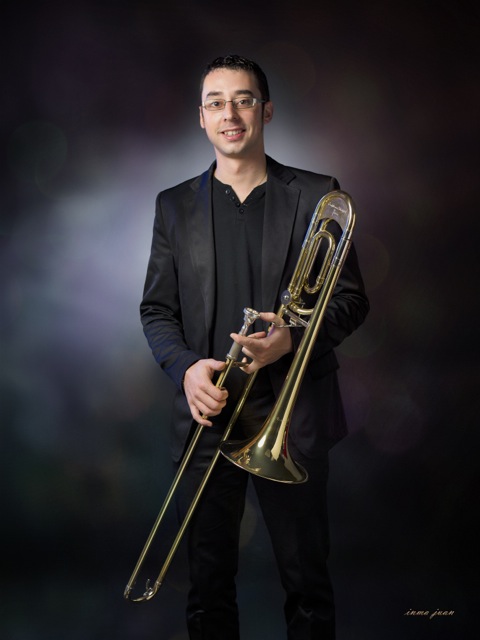 Born in Castalla (Alicante), trombone soloist of the Gulbenkian Orchestra of Lisbon (Portugal). He specialized his studies in trombone at Zaragoza Superior Conservatory of Music.

During his musical career, he has collaborated with various orchestras such as University of Alicante; the Community of Valencia’s Youth Orchestra; the Youth World Orchestra; Instrumental Youth Academy of Granada Orchestra; Galicia Royal Philharmonic; Cadaqués Orchestra and Spanish Radio and Television Symphony Orchestra.

He has also worked with the Brass Academy of Alicante and with Orchestra of Reina Sofia School of Music. He has collaborated with Remix Ensemble (contemporary music group of Oporto), the group “Trobada” (trombone choir of Madrid orchestras) and the trombone quartet “2i2quartet”.