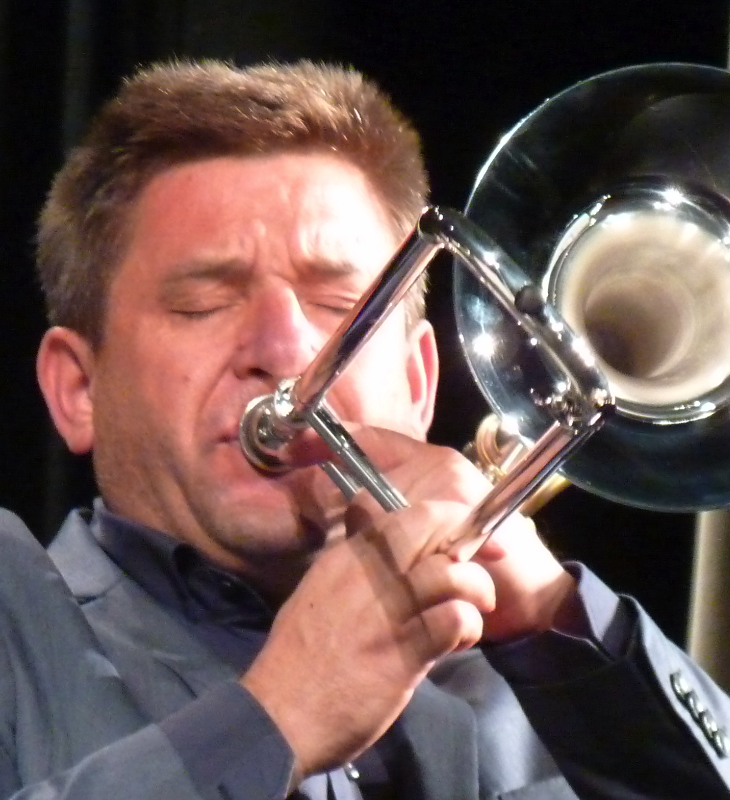 Javier Yera born in Mancha Real (Jaén), began his musical training at the Conservatory of Music of Jaén and Córdoba, finishing higher studies at the Madrid Royal Conservatory. Have several courses and master at the University of Jaen, University Complutense University of Madrid, International University of Andalucía and the Rey Juan Carlos University of Madrid where he studied a Masters in Music Creation and Performance. He has taught summer courses at Carlos III University of Madrid and Faculty of Fine Arts, University of Tromso (Norway). Has been invited in the Norwegian Arctic Trombone Festival where he conducted master classes and solo recital. During his training as a trombonist has had as teachers Juan B. Abad, Pedro Botía and Enrique Ferrando, and has taken courses with Branimir Slokar, Michel Becquet, Gilles Milliere and Christian Lindberg, among others.             He has taught trombone at the Granada Royal Conservatory and currently teaches trombone at the Conservatory of Music of Jaén. He has worked with the following orchestras: National Youth Orchestra Of Spain, Córdoba Symphony Orchestra, Madrid Philharmonic Orchestra, Andalucía Philharmonic Orchestra.