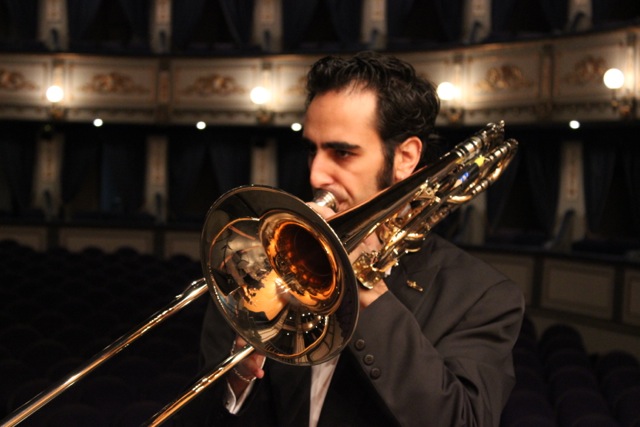 Was born in Malaga on the 11th of November 1981. His interest in music started while playing with the Archicofradía de la Expiración Band and from there decided to study, matriculating in music schools and university music courses and decided to dedicate his professional life to music. He has a Diploma in Music Teaching from Málaga University (2002), Licentiate in Musicology from The University of Granada (2004) and Licentiate in Trombone from Malaga Conservatoire of Music (2007).

Amongst other educational positions he has been professor to the Andalusian Youth Orchestra (O.J.A.), being the principal teacher during the 2010/2011 and 2011/2012 seasons. He has given Masterclass courses at the Conservatoire Manuel de Falla de Alcorcón in 2011. Conference-concert at Malaga University in the firs international trombone congress. President of AMAT (Malaga trombone Assotiation), elaborating courses, concerts, Master Class, Congress… First president of AMAT.