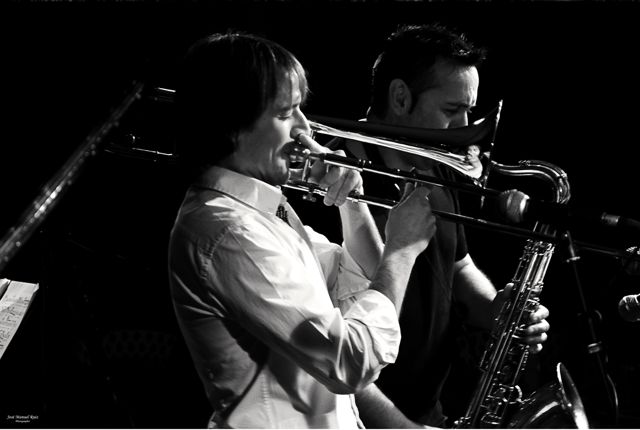 Born in Villena (1979). Titled in classical and jazz trombone by the RCSM of Madrid and CSM Joaquín Rodrigo of Valencia respectively.

In the classical field it has been formed with renowned teachers and collaborated with various formations as ORTVE, Gran Teatro del Liceo Orchestra, ORCAM, National Orchestra of Algeria, among others.

In these and other formations had the opportunity to share the stage with musicians of the first rank, among which are Toni Belenguer, Carlos Martin, David Pastor, Jesus Santandreu, Perico Sambeat, Mike Mossman, Paul Evans, Jeff Jerolamon, Marc Miralta Javier Colina, Fabio Miano, Ramon Cardo, among others. He has performed at numerous jazz festivals nationally and internationally, highlighting the Jazz Festival of San Sebastián, Madrid, Barcelona, ​​Tolousse, Campeche (Mexico) ….

Currently he works as a freelance musician in many projects and taught at various schools and educational projects.