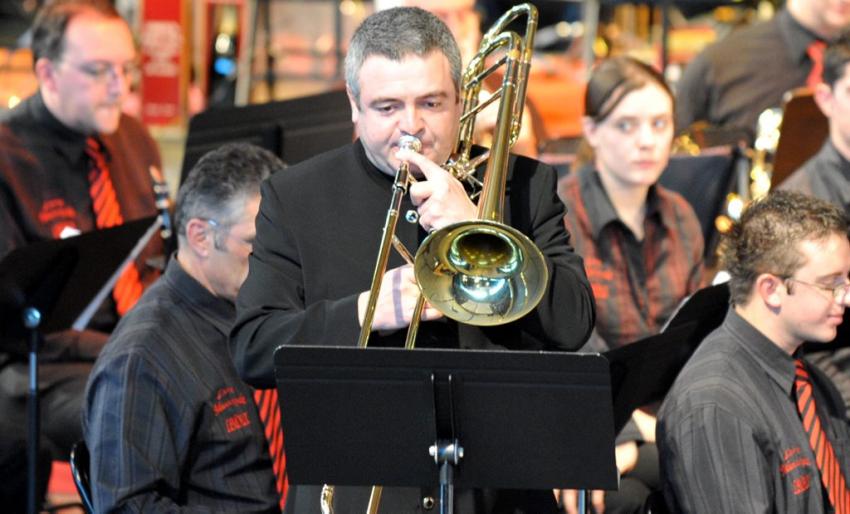 Daniel Lassalle obtained a first prize of trombone at the Conservatoire National Supérieur de Musique of Paris in 1982. He joined the ensemble “Les Sacqueboutiers” at the age of fifteen and became a permanent member and an artistic co-director of the ensemble. He often plays with Jordi Savall and Hesperion XXI, Michel Corboz and the Ensemble Vocal de Genève, Jean-Claude Malgoire and La Grande Ecurie et la Chambre du Roy, Philippe Herreweghe and la Chapelle Royale, William Christie and Les Arts Florissants. He participated in various recordings with these institutions as well as with the ensemble « Les Sacqueboutiers ».
He was appointed professor of sackbut at the Conservatoire National de Musique of Lyon, and professor of trombone at the Conservatoire National de Région of Toulouse.
Daniel Lassalle is frequently invited as a professor in various important ancient music academies like those of Urbino, Paris, Barcelona, Linz, La Seu d’Urgell…
In addition to his activity in ancient music, Daniel Lassalle play contemporary music. He became a specialist of the Sequenza V by Luciano Berio.