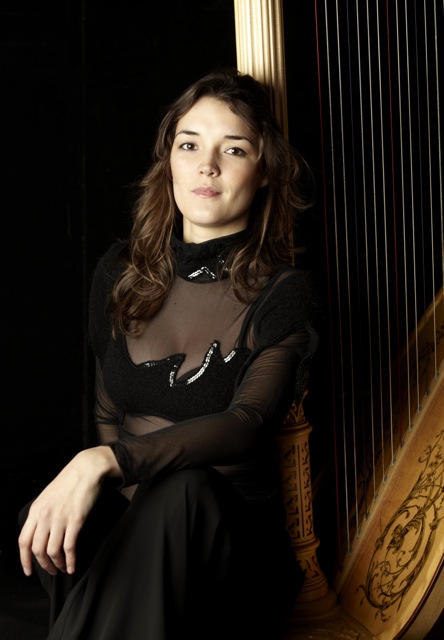 In 2009, Astrid finished her Master studies Summa Cum Laude with Ernestine Stoop at the Royal Conservatory in The Hague. With her final concert she won the price for the best exam of the year.
With a dedication to multi-disciplinarity in the arts, Astrid participated in various musictheatre productions and regularly works with live dance. From 2009 until 2012 Astrid worked with worldmusic singer Nynke Laverman and she participated in a cd-production with guitarist Camiel; a combination of jazz, soul and Brazilian music.
Since 2008 Astrid forms a duo with basstrombonist Brandt Attema. They inspired many composers to write for this new and versatile combination and performed all over the world. With harpist Ernestine Stoop, Astrid forms a duo since 2011. The duo shares a strong interest in music by Maurice Ravel and recorded their arrangement of ‘Miroirs’ on cd in 2012. As well Astrid regularly plays with the main orchestras and ensembles of the Netherlands.