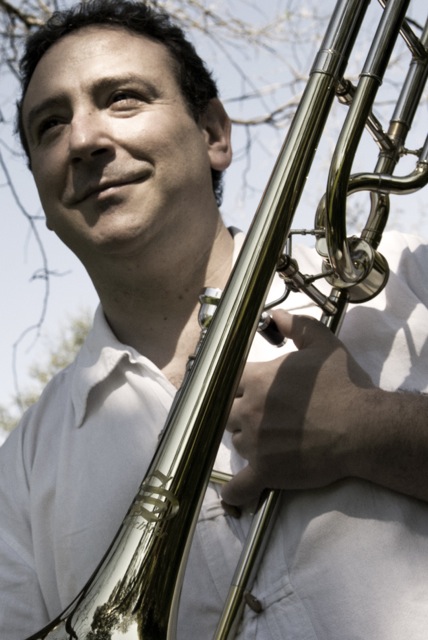 After being awarded a distinction upon his graduation from the Superior Conservatory of San Sebastian, Alberto Urretxo furthered his musical studies in trombone performance under the instruction of J.J. Orzan at the Conservatory of Music Cote Basque of Bayonne (France), where he received the institutions distinguished gold medal honor.  He continued to master his instrument studying worldwide under the direction of professors such as, Francisco J. Rosario Vega, and S. Hartmann.

As a soloist, Alberto captivates audiences throughout Spain performing in various recitals and concerts. Holding the title of principal trombonist of the Bilbao Symphony Orchestra since 1998, his performances demonstrate a unique musical versatility including pieces such as, the Winter Concertino by Darius Milhaud, and the Concertos for Trombone and Orchestra by L. Grondhal (2005), and H. Tomasi (2014). He had the honor of debuting Carptim by H. Extremiana and Tronboi Sonata by J.C. Perez; two pieces for string quartet and trombone dedicated to Alberto Urretxo as a featured performance of the Chamber Music cycle administered by the Bilbao Symphony Orchestra. His passion for chamber music has propelled him to participate in diverse and successful collaborations with musicians and musical ensembles such as trumpet player Pacho Flores with Spanish Brass, Epsilon Brass and Michel Becquet.

As an extension of his professorial position at the Superior Conservatory of Euskadi (Musikene), Alberto is frequently invited as a guest master class presenter both nationally and internationally.  In 2013, following an invitation by the University of Suwon (South Korea), Alberto traveled to participate along side his brother, Unai Urretxo imparting master classes and recitals of a diverse nature.  In 2014 he received an invitation to collaborate as a member of the international festival of Daegu by Asia trombone festival where he presented several master classes and performed many recitals, accompanied by pianist, Miyang Kim.

As the founder and administrative director of Euskadi Brass, Alberto has recently initiated a cultural project aimed at developing students, amateurs, and professional brass instrumentalists through the merging of musical and artistic disciplines that characterize the performing arts.