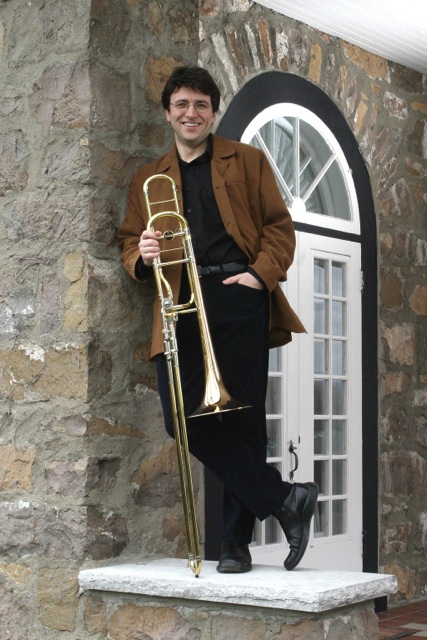 Praised by La Presse for his “immense talent as orchestral leader, musician and performer” Canadian conductor Alain Trudel has been a formidable force in the Canadian music scene for nearly 30 years. Trudel is currently Music Director of l’Orchestre Symphonique de Laval, Principal Youth and Family Conductor of the Canada’s National Arts Centre Orchestra in Ottawa as well as being Director of Orchestral Activities at Western University and principal guest conductor of the Hannaford Street Silver Band.

Trudel also served as Music Director of Orchestra London (2011-2014) and Principal Guest Conductor of the Victoria Symphony Orchestra (2009-2013). From 2006 to 2008 Trudel was the conductor of the CBC Radio Orchestra, bringing the orchestra to new heights of artistic quality as well as public critical acclaim as well as guest musical advisor for the Manitoba Chamber Orchestra in 2007.

A sought-after conductor both at home and abroad, he has conducted every major orchestra in Canada as well as orchestras in the UK, USA, Sweden, Russia, Japan, Hong-Kong, Malaysia and Latin America with noted artists including Ben Heppner, Anton Kuerti, Measha Brueggergosman, Herbie Hancock, Alain Lefèvre and Pinchas Zukerman, among others.

Trudel made his opera debut with l’Opera de Montréal in 2009, conducting Mozart’s Die Zauberflöte “always carried by a benevolent breeze”, (Resmusica) as well as the company’s 30th Anniversary Gala – a critically acclaimed concert (“everyone had the advantage of Alain Trudel”, (The Gazette) that was later released as a live CD and nominated for an ADISQ award. His debut at l’Opéra de Quebec followed with the 2010 Opera Gala and the 2011 production of Die Fledermaus. Since then, he has conducted numerous operas including Cosi fan Tutte, la Cenerentola, The rape of Lucretia, la Boheme, l’Heure espagnole, Hansel und Gretel…

He was the first Canadian to be a Yamaha International Artist.

A long-time teacher and mentor, Trudel been instrumental in teaching and mentoring a new generation of musicians for more the 20 years. He was a tenured Professor of trombone and chamber music at the Conservatoire de Musique du Québec à Montréal from 1995-2008 and has served on the faculties and has given masterclasses at numerous music festivals including the Conservatoire National Supérieur de Paris, New England Conservatory, Hochshule Köln, Hamamatsu Festival, Graz akademie, University of Hong-Kong and the Manhattan School of Music. He conducted the Toronto Symphony Youth Orchestra from 2004-2012, and has been regularly invited to conduct the National Youth Orchestra of Canada since 2006. The National Youth Orchestra of Canada’s recording of Mahler’s 6th Symphony and Le sacre du prinptemps under Trudel was nominated as “Best Orchestral Album of the Year” at the 2010 Juno Awards. He was appointed Director of Orchestral Activities at the University of Western Ontario in 2012 where is continues to be deeply involved in both the symphonic and operatic activities of the university.

As a composer, Trudel has been commissioned by the CBC, the National Arts Center, the Toronto Symphony Orchestra and Bellows & Brass among others. His works have been performed by orchestras in Atlanta, Québec, Toronto, Ottawa, Montréal, Kuala Lumpur, Buffalo.

Trudel is the recipient of numerous Awards, among them the Virginia Parker Prize, Le grand prix du disque Président de la République de l’Académie Charles Cros (France) and the Heinz Unger Prize for conducting. He was named an Ambassador of Canadian Music by the Canadian Music Center in 2006.